How To Tell When Someone Is Lying

There are subtle things liars do that give them away. You just need to know how to spot them.
By Camille Lamb 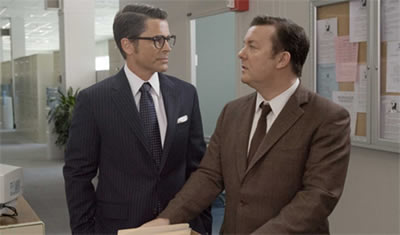 Everybody lies. But since you can’t have the dudes at Maury to give every person that sets off your bullsh*t detector a polygraph, we asked body-language expert Patti Wood to help us spot hidden clues that serve as red flags. That way you’ll know if what you’re being told is a lie, or if you’re just a paranoid wacko with trust issues.
TRUST YOUR GUT - ESPECIALLY WITH FRIENDS

If your Spidey Sense starts tingling, don’t ignore it. "Your central nervous system acts like a human lie detector," Woods explains. "So when you think someone is lying to you, it reacts with a stress response." A stress response - otherwise known as a "fight-or-flight response" - means you’ll either be all "wtf?" and confront the person, or get the hell out of there and go play Skyrim until you forget about the whole thing.

Your inborn bullsh!t detector resides in the limbic system of your brain, which is also responsible for, among other things, emotional behavior. Problem is, it’s not always on target. It works better with people you know because you already have an idea of how they act when they’re not lying. When you have a feeling a stranger is fibbing, things are a little more up in the air. Still, you probably shouldn’t get in the guy’s van. 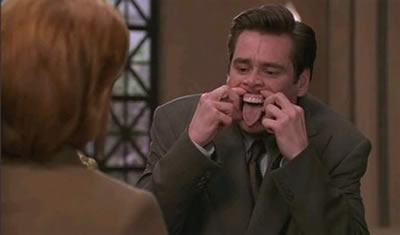 Most liars practice their stories from beginning to end, so asking them to convey information out of sequence can trip them up. "Someone who actually had an experience will have no problem explaining, but a liar will struggle to tell a story backwards," Woods says. So if your idiot buddy starts to tell a long story about why he was so late meeting you at the bar, interrupt him with questions rather than letting him tell the story from beginning to end.

Hands in pockets, head pointed toward the floor, and shoulders slouched are all good indications that a person isn’t being forthcoming. "When you’re honest and feeling good about what you’re saying, your body language is typically up and forward," she says. "If not, your body language will typically go down because you’re trying to control or keep in the information." 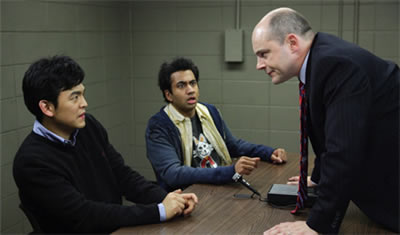 If you question a part of a person’s story and react strangely - she Hulks up and gets angry, or laughs a little too hard, or begins to fidget with her hair - she may be trying to mislead you. "Detectives will tell you that the accused will sometimes laugh or smile during interrogations to cover for anxiety," Woods says. "And anger covers up how anxious we are about getting caught."

TIME THEIR TICS
Just because someone touches his nose or mouth, or blinks excessively, doesn’t mean he’s lying. With tics, timing is everything. If you notice it from the start of the conversation, don’t pay attention to it. But since stress can trigger nerves around the nose, eyes, or lips, if the tics begin right when you think the lying begins, you might be onto something.